What makes a supercar even more super? An insane paint job to go with the insane styling. We scoured the internet (which wasn’t very hard) for the 10 craziest of crazy art cars. Let us know in the comments which one you love… or absolutely hate!

This $120,000 paint job was inspired by the BMW art cars of the 70’s. Hamann Motorsports of Germany took this McLaren to the next level! Purple with orange stripes outlining the angles? Yeah, we like it. Word on the street is it was repossessed and for sale here: Qatar Sale This matte-camo Bentley belonged to Italian soccer star Mario Balotelli. He is kind of a wild guy and one of his wildest acts was giving this famous Bentley away to his teammate who promptly removed the camo wrap! Young rich guy Brett David hired a local Miami graffiti artist to design this car in memory of his late father. The coolest part? That’s all done in Sharpie markers.

A Bathing Ape (BAPE) is an Japanese clothing company that specializes in street/urban wear. They also love camo. There’s only 500 of these bad boys that will ever see the light of day and this Australian owner wanted his to shine the brightest. The all chrome wrap was done by Exotic Graphix. Rapper Tyga painted his Audi R8 gold because that’s what rappers do. I bet it cost huneds, huneds. There was only one of these made and it sold for $2.5 million. Another job from BAPE and this might be one of the coolest Aventadors out there. This is by far the coolest of crazy. Jeff Koons loves cars and explosions so he approached BMW with an idea for their 24 Hours of Le Mans car. They said yes and we got to look at this fantastic piece of work. To save weight, Koons actually used a vinyl wrap with two layers of clear coat. 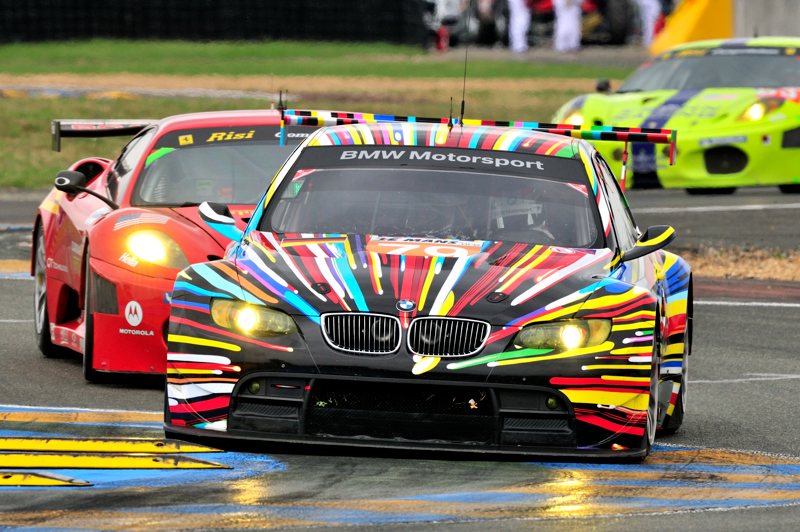